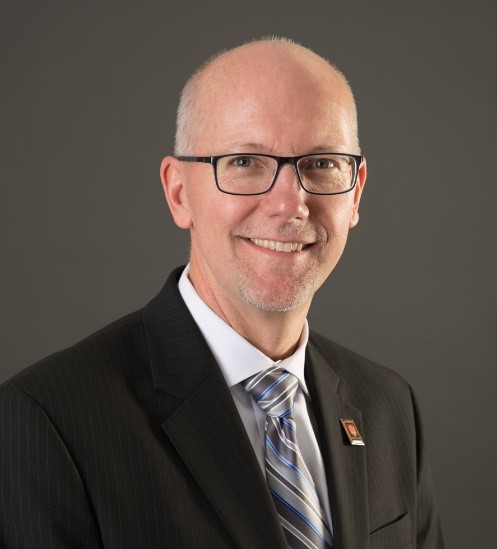 Chairman Dan Moore announced that Brian Shockney has joined the Board of Directors of HOME BANK SB.

Brian continues to serve as a board member to several local and regional boards including the Community Foundation of Monroe County, Economic Development Corporation, Chamber of Commerce, Kiwanis Club of Southcentral Indiana, and the IU Health SCR Foundation Philanthropy Council. He also is a member of the Indiana Hospital Association’s Workforce Council, is a Fellow in the American College of Healthcare Executives and holds a Health Facilities Administrators license.

During Brian’s tenure as a healthcare leader, he served on a previous community bank board where he also served as Chair before taking a five-year break. He is excited to be serving again with a community bank that places its customers and community first.

Brian and his wife Angie have been married for 32 years and have three adult children – Jacob, Sarah, and Rachel and are enjoying the beauty of southern Indiana as “empty nesters.” They place great importance on their faith and service to others as they attend Martinsville First United Methodist Church and support several non-profit organizations.

In his spare time, he enjoys running, reading, and music.

Chartered in 1890, Home Bank SB is a community bank with offices in Morgan, Johnson, and Hendricks Counties.  As a mutual institution without private ownership or stockholders, the bank’s profits are allocated to its capital reserves, resulting in greater fiscal strength and resources for community.

What's ahead for I-69 Finish Line? 🚧 🚗 Check out the latest On Track update for the information you need to know. https://bit.ly/3HBqoux

Motorists should see the last pieces of the new I-69 lanes coming together in Morgan County. Crews are applying the final layers of pavement and striping and getting the grass to take root.